The Japanese word Zen means meditation; the whole word rounds the concept of meditation in all forms. In today’s situation, this word is commonly used in the western part of the world. It became common in the west in the 20th century, and most people follow Zen concepts. The mixture of Indian Mahayana Buddhism and Taoism is said to be Zen. They usually try to understand the meaning of life through complete peace, and they never want to be misled by the language or thoughts of an individual.

Taking the rational and intellectual mind out of the mental mind is Zen; because of this, one can realize their buddha nature in their life. Zen students always believe in actions rather than philosophical thoughts or intellectual endeavors. They usually attain enlightenment by some ways of living, and by approaching the truth, this will make them achieve a peaceful life.

The main aim of Zen is to make people connect with the world by providing deep relaxation to the mind and body. But the ways may differ a lot depending upon the culture and location.

For example, the ancient Japanese Zen monks served as doctors to many people by resolving their medical issues using various methods. This method also includes preparing medicines for the poor, which helps cure mental health for people and follow some magic talismans that they believe in the cure of various problems.

They also serve people by offering funeral and memorial services. However, most people in the west prefer to do meditations to gain mental clarity and peace of mind.

Like all the other schools, Zen first finds out the sufferings of human beings, and they also bring solutions for problems by finding the connection between all beings and teaching their students to have a truthful life.

Zazen also suggests elderly people sit in a chair and do their meditation because some grandparents may face some issues in sitting down.

Zazen is often said to be a goalless practice in which nothing can be achieved. But Still, it is said that sitting is itself the symbol of an already awakened mind, so the person sitting in a straight position must have some thoughts running into their mind, and to clarify them, people just need to sit and relax for some time.

Zen practice also focuses on answering koans, which means the reality and they focus on finding answers for reality. They also believe that a conceptual mind can never understand these concepts, which means an individual must have a peaceful mind to understand and learn them.

In some east Asian countries, Zen plays a vital role in engaging families and understanding each other. However, the most common practice followed in japan is to protect the belongings of the person who died out of disease because they believe in the rebirth after death, and they expect them to return on the same day to their lands in August.

Even now, some traditions are followed by Zen people, which include tea ceremony, flower arrangement ceremony, and also calligraphy.

This term calligraphy is like a meditation, and it requires some meditative concentration which acts as a bridge to fill all the gap between the internal experience and external reality. The tea ceremony is celebrated to offer their guests precise things of beauty, order, and strength, providing food items.

The concept of zen Buddhists is the same as that of yoga; the only thing people need to follow in their lives is to concentrate on the daily tasks and work to complete the work with perfection.

The concepts that our ancestors have implemented are really good to maintain your mind healthily. Preparing our minds for accepting good things can make a lot of changes in all of our lives. I hope this article is informative! 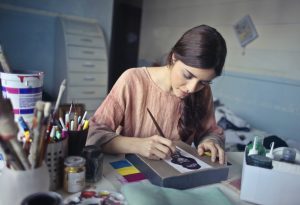 8 Steps: How to learn a new skill?

Everyone wants to be successful in life. Every person dreams big and works hard to fulfill them. But most people’s dreams remain only dreams. Because they don’t have skills to enrich the quality of life, or they don’t embrace their

Taoism Discipline – You must know Two things about Taoism

We live in an era where people get distracted easily because of external and internal factors. This is because of the distractions in our minds, which pull us in all the directions. Distractions are the key to failures; some people

What is Zen Philosophy? and What is says?

The Japanese word Zen means meditation; the whole word rounds the concept of meditation in all forms. In today’s situation, this word is commonly used in the western part of the world. It became common in the west in the

Social Media helps to connect the people but also distracts the people. Social Media is the bane and a boon in society. Youtube, Facebook, and Instagram have changed society in many ways. Now people are there more on social media, 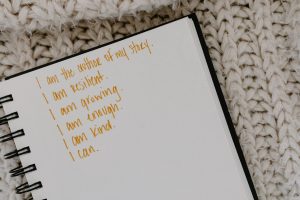 Research-based on self-image and self-esteem proves that consistently using positive affirmations and truthfully believing in them helps in the gradual improvement of one’s esteem and self-respect. Speaking kind words of affirmation to oneself can serve as a gentle reminder of

Traditionally known as Kautilya or Vishnugupta, Chanakya was a Hindu Statesman and a pioneer of Political Science in ancient India. He was a teacher, philosopher, economist, jurist and also a royal advisor. He was associated with the Maurya Empire and

View all posts by Urban Questions